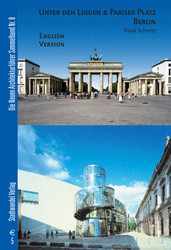 “Really, I know of no more impressive view than that from Hundebrücke Bridge up towards Unter den Linden. […] One splendid building after another. Decorative statues everywhere …” That was how Heinrich Heine described the striking panorama of Berlin’s most famous boulevard in 1822. Hundebrücke Bridge – the forerunner of the present-day Schlossbrücke Bridge – was where the prominent German poet and essayist began his walk. Today’s strollers will be no less struck by the imposing public buildings at the eastern end of Unter den Linden, such as the German Historical Museum (Deutsches Historisches Museum), the German State Opera (Deutsche Staatsoper) and the New Guardhouse (Neue Wache). Further westwards, office blocks, government buildings, shops, cafés and restaurants generate an atmosphere of bustling activity, the central promenade lined with linden trees recalling the boulevard’s prominent past as the place to see and be seen. The origin of the name Unter den Linden dates to 1647 when, as legend has it, the Electress Louise Henriette planted the first tree in what was later to become a six-row avenue of linden and walnut trees. At that time, however, it was no more than a bridle path linking the royal palace with Tiergarten Park and the Grunewald hunting lodge. Since the path was outside the town boundaries, the buildings along it were few and far between. The avenue was called Erste Strasse and then Neustädtische Allee before being named Unter den Linden in 1734. In the 18th century, Frederick the Great exercised a lasting influence on its appearance, decreeing in the Linden Statutes (which still apply in modified form even today) that all the buildings should have an eaves height of 18 metres and that there were to be no gaps between them. Having undergone several conversions, suffered heavy war damage, witnessed the reconstruction of old buildings and seen the emergence of new ones during GDR (East German) times [1949-89], the boulevard is now flourishing once again. Refurbishment work and many new building projects have enhanced the image of this historically important thoroughfare.